News & developments in the digital world

Mozilla launches its VPN in France

Mozilla answers our questions about the launch of its VPN in France. 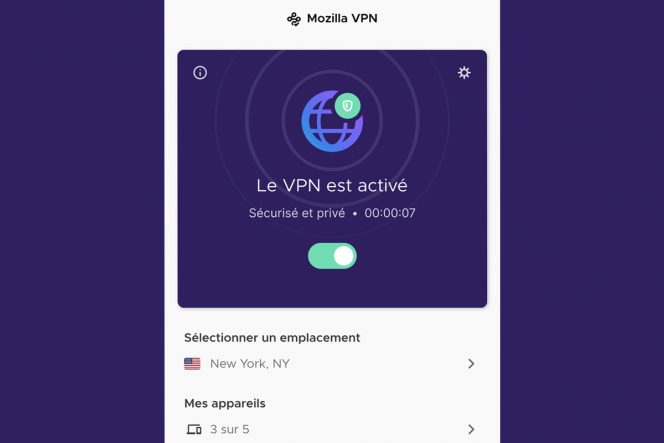 We spoke to Dave Camp, Chief Core Products at Mozilla, about the launch of Mozilla VPN in France. Find out everything you need to know about this VPN, which you can test today.

Today, Mozilla is rolling out its VPN for French and German users. It is now available for download on the Mozilla site, available for Windows, MacOS and Linux users as well as for Android and iOS devices.

We've always taken user privacy and security very seriously since we started about 20 years ago. As we looked at all the activities users do online, we wanted to think about what we could do to better protect them," says David Camp, Chief Core Products at Mozilla.

Activating a virtual private network is particularly useful when you are on a public Wi-Fi and you don't know the people who provide you with Internet or you don't necessarily trust them. With this VPN launch, Mozilla wants to give users a new way to surf more securely and anonymously.

How does Mozilla ensure the security of personal data?

Mozilla VPN relies on 754 Wireguard servers, located in 36 countries and 60 cities. The new generation WireGuard protocol secures your Internet connection and guarantees the confidentiality of your online activity in any private or public network (café, airport, hotel, etc.).

Mozilla wanted to reflect "It's a good idea to create a VPN that can help you protect your connection, whether you're gaming, streaming video or using your smartphone, so that your activities are more private."  explains Dave Camp.

Another important point: Mozilla does not track or record the websites you visit: "Our VPN does not have a registration policy, so we never link your identity to the actions you take online when using the VPN." also states the Chief Core Products.

How is Mozilla positioned against other VPNs?

Mozilla has a major advantage: its experience. Indeed, this international non-profit organisation has been concentrating its efforts for years on launching products that respect strict standards of privacy protection, such as Firefoxits secure web browser. Its experience allows it to meet both technical needs and security issues.

David Camp also highlights the ease of use: "It is very easy to activate or deactivate the VPN, the configuration is very simple and you have little reminders if you are in a new place and your VPN is deactivated."

Mozilla VPN: how does it work?

To access the VPN, you must first create an account on Mozilla. Then you can install it on your computer, tablet or mobile. Once installed, you can choose the desired location and activate the VPN with one click. 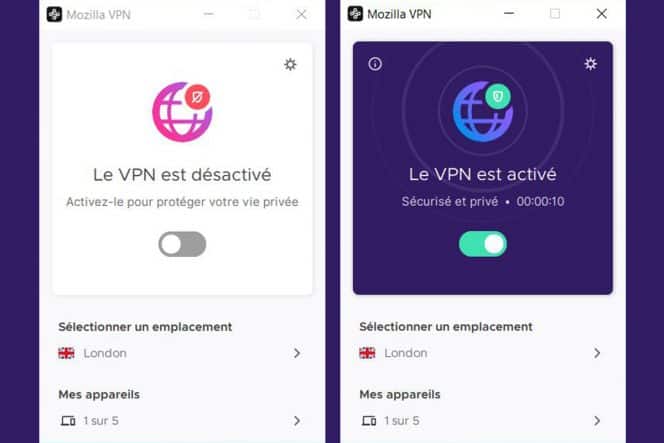 In the VPN settings, you can: ask for the VPN to be launched at startup, enable notifications to warn you if you are on an unsecured network and change the language if needed. Mozilla VPN supports up to 5 devices. You can connect to secure servers, with no monthly cap and no speed limit.

Note that Mozilla offers its users a 72-hour support service if necessary (available in English, French and German). Mozilla VPN is available from ? 4.99 per month if you opt for an annual subscription. A 30-day money back guarantee is offered.

Mozilla VPN
To the article

Don't wait any longer and let's discuss your project together!